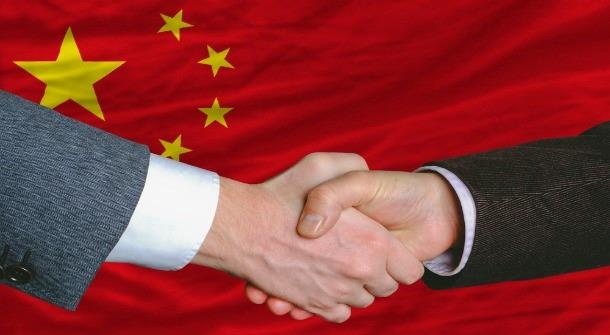 Different laws, technology, culture and even writing systems mean it is never business as usual for companies managing their fast-growing travel spend in China. What are the key distinctions from corporate travel in the West, and what is the best way to deal with them?

It is many years since only the largest of Western companies traded in China. Today, the People’s Republic is the world’s biggest or second-biggest economy, according to different assessments. The Global Business Travel Association estimates business travel spend in China will grow 14.2 per cent in 2015 and 12.1 per cent in 2016, when it will become the largest business travel market in the world.

Growth is leading more companies to integrate their Chinese spend into their multinational travel programmes. Yet managing travel in China remains very different from the way it is done in other countries for a variety of logistical, regulatory and cultural reasons. What follows is a brief guide to some of the biggest challenges and differences to watch out for.

Distribution
Distribution is one of the major difficulties Western travel managers face, especially if their policy is to use a single global distribution system worldwide. Domestic Chinese flights can only be booked via the state-owned GDS TravelSky, which is improving all the time but is still not up to the same standards as its Western competitors. Flights on foreign carriers are permitted to be booked through a foreign GDS, which are generally used to book hotels non-domestic hotels too. Having to switch between at least two GDSs makes travel management companies in China less productive, especially as TMCs usually work with Chinese characters on TravelSky and the Roman alphabet on their other systems.

Management information
Translating data from Chinese characters also complicates the process of gathering and consolidating management information. It is normally necessary to have parallel sets of data in both writing systems and to update from one to the other via the TMC every day.

Culture
Chinese companies have a more hierarchical structure than Western ones, so policy often varies according to seniority. Beware also of guanxi, loosely translated into English as “relationship”, an important concept of network and influence in Chinese society. It may explain, for example, why certain employees or subsidiaries favour a particular local travel agency instead of the centrally authorised TMC. At times, guanxi can cross the line into outright corruption, a challenge which all foreign businesses working in China need to be ready to face.

Air fares
Booking an air ticket through a travel agent is less transparent than in the West. Agents are usually able to obtain a standard 10-15 per cent discount on full economy fares for their corporate clients. However, the agents quote to the client a gross fare that includes an undisclosed mark-up, making it hard to know what the real, underlying fare is. For this reason, it is common to shop around different agents on a trip-by-trip basis as each one will offer a different total price for the same seat.

TMCs
Although hidden mark-ups are a challenge, TMCs are becoming increasingly professional. Their service is now generally similar to what TMCs provide in Western markets. Western TMCs are not allowed to trade as wholly or majority-owned businesses in China. Instead they participate in minority-owned joint-ventures with Chinese travel companies. Western multinationals generally use these joint-ventures in preference to local agencies.

Online booking
Online booking is beginning to attract high adoption rates. Most tools use TravelSky as their booking engine. Booking business travel via mobile is arguably more advanced in China than in the West.

Payments
AirPlus International is the only Western corporate payments provider allowed to trade more or less without hindrance in China, so its company account (lodge card) is popular for paying for bookings through TMCs. Until now, China UnionPay has had a near-monopoly on processing and clearing cards issued in yuan (the Chinese currency), but Western companies are able to apply for licences from 1 June 2015, which should lead to the market opening up much more over the next two years. Use of plastic credit cards is gathering speed but Chinese society is still largely cash-based. Cards (often UnionPay only) are accepted mainly by large businesses in major cities. Everywhere else, cash remains essential.

Fa piao
One uniquely Chinese practice to watch out for is fa piao. These are official government payment receipts which employees need to collect and submit with all claims for expense reimbursement. Fa piao are intended to prevent tax evasion, so restaurants and other merchants often try to avoid issuing them to customers, even when asked directly for one.

Traveller service
Even though Chinese business people are generally very budget-minded in their travel choices, a high standard of service is both expected and needed. One reason is that disruption caused by flight delays and cancellations is extremely common in China. Another is that Chinese travellers need both exit and entry visas when visiting almost all significant business destinations around the world.

The TravelpoolEurope perspective – accept the need to do things differently
It is definitely worth taking the trouble to integrate China into your managed travel programme, but that does mean you will have to compromise by tolerating some non-standardised processes and service providers. Getting good data is one of the biggest challenges, but it is very important. For example, paying for air tickets through an AirPlus International Company Account is currently the only way to check how much of your ticket price was the actual fare and how much was hidden agency mark-up. Make sure also to request a daily data feed from your TMC.