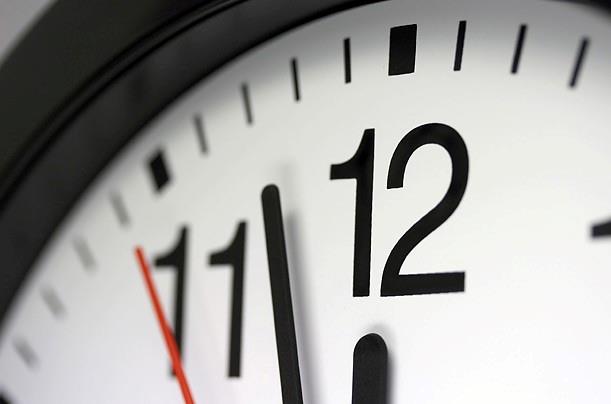 Your business can slash air ticket costs by 30 per cent or more through advance booking, but you need strong data analysis, careful policy management and above all excellent communications to make the savings a reality.

Sometimes, managing travel can look very complicated. But the reality is that some of it is very simple indeed – and perhaps the simplest of all is that companies can make major savings by persuading their travellers to book earlier. Research by TravelpoolEurope has found that its members save 30-50 per cent on the cost of a flight when travellers book 14 days or more in advance.

Where this story gets more complicated is turning the theory into reality. The big challenge is employee engagement. How do you persuade travellers to change their behaviour and start booking earlier? Try these top tips to encourage advance booking.

Analyse the data
Various kinds of reporting provide essential reporting to win this battle. All of them should be easy to obtain through a capable travel management company or you have your own high-quality data tools:

Set a policy
Create rules to discourage booking later than the point at which fares start to rise sharply. For  example, you may dictate a 7-day cut-off for short-haul and 14 days for long-haul, after which bookings will appear as exception reports.

Understand why travellers aren’t booking early
Some travellers have no choice than to book late. Examples include salespeople chasing contracts, technicians called out to repair machinery or journalists following a story. But for others who arrange their meeting well in advance – such as for internal meetings, training or procurement – there is usually no good reason to book late. Instead, there may be some bad reasons, including employees hoping economy class will be full so they can fly in business class instead; or wanting to buy more expensive fares because it awards them higher frequent-flier mileage.

Communicate the “what” and the “why”
Your policy on advance booking is the “what” that you need to explain. For the “why”, send travellers charts showing just how much more expensive it is to book within a few days of departure compared with two or three weeks in advance. The more you can personalise the data, the more effective it will be. For example, send travellers charts for the specific routes they fly most frequently. Or, for those who persistently book late, show them how much they could have saved on those same flights if they had booked two weeks earlier. Simply letting travellers know you are tracking when they book should be enough to encourage smarter behaviour. Make sure also that you are reaching the right demographics. For example, younger travellers are more likely to book late (see box below), so communication through social media or SMS could be important.

Chase late bookers
Some companies manage policy compliance even more pro-actively. In 2015, Business Travel News reported that EY (Ernst & Young) uses an outsourced team in India to monitor all reservations for internal staff meetings. If employees do not arrange their travel within two weeks of confirming a meeting, the team in India chases them to book their flights.

Watch out for geographical exceptions
An advance booking rule may not work everywhere. There is less variation in price in North America than in Europe, for example, while in China fares are more likely to stay flat or even fall as departure date grows. Even in China, however, it may still be worth encouraging earlier booking to maximise travellers’ chances of securing their first-choice departure.

Address worries about cancellation
Travellers sometimes object to booking early because they they may have to cancel if plans change. One helpful way to anticipate this objection is to prepare figures on how frequently tickets are cancelled and how much that costs the company. For short-haul flights it is often the case that the company will save far more by booking earlier and losing the occasional low-priced ticket than by booking late or buying highly flexible fares.

Don’t get held up by pre-trip approval
Perhaps the biggest argument against pre-trip approval is that it can delay travellers booking their flight while they wait for a response, leading to a higher fare. If you do have pre-trip approval in your company, make sure the process is automated, explain to line managers why they need to give fast decisions, and track how long approvals are taking.

Watch the data closely
Review your data to ensure your policy stays relevant. BTN reported on another company in the US which discovered that prices on some routes fell immediately before departure, although booking seven days or more in advance was still the cheapest option. As a result, it banned booking flights 4-6 days before departure.

Encourage early hotel booking too
Pricing patterns are more complicated but generally it is also better to book accommodation early. Encourage travellers to book their hotel at the same time as their flight. Chase them if they don’t.

The TravelpoolEurope perspective – An essential way to cut flight costs
There are three ways to make major savings on air travel, according to TravelpoolEurope managing director Søren Schødt. The first is to stop the employee from taking the trip; the second is to fly them in economy instead of business class. The third, and most painless for the traveller, is to get them to book earlier. “It is very important because almost all carriers have moved to selling their cheapest buckets of seats first,” says Schødt. “The model was introduced by low-cost carriers and now full-service carriers use it too, both in economy and in business class.”

After stripping out variations in origin and destination, company, division and so on, CWT found women book 1.9 days earlier than men on average, savings US$113. After removing more variations such as class of travel and route mix, the gap between men and women is $17 – approximately 2 per cent of purchase price.