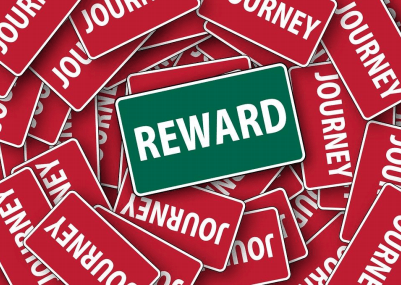 Companies are unclear what practical steps they can take to comply with the new ruling, which takes effect in the new year.

From 1 January 2019, Norwegian companies will be legally required to tell the country’s
tax authorities when employees have privately used loyalty points earned while
travelling on company business.

As is also the case in Denmark and Sweden, loyalty points from company-paid trips are
treated as a taxable benefit in kind in Norway if the employee uses the points for
personal travel. However, tax authorities in all three countries have no realistic way to
track whether individuals are telling the truth. As a result, very few individuals bother to
declare the points they have spent on their tax returns.

Now the Norwegian government has decided to crack down by making employers
responsible for tracking and reporting points usage. Norway says the new requirement
will improve its tax take by NOK 114 million.

But employers have complained about the new reporting requirement, which they regard
as unworkable. “Right now I can’t see any solution to ease the pain. Our members are
very frustrated,” Norwegian Business Travel Association general manager Jan Henrik
Ulvatne told Business Travel News.

Among the challenges identified so far are:

No automated method to track data
The Norwegian government has so far issued no guidance or methodology on how
employees’ loyalty points should be reported. The only option seems to be employers
instructing their employees to declare how many company-earned points they have used
for private purposes.

But how were the points earned?
The majority of employees who earn bonus points through corporate travel also earn
points for the same programme through private expenditure. And that’s not just from
leisure travel. These days loyalty programme members earn points through many other
sources, such as supermarket spend. How can one identify which points redeemed by a
traveller originated from company spend and which from private spend?

TMCs can only give limited help
Employers could ask their travel management company or other service provider to
report the loyalty points earned on each booking made through the TMC or a linked
online booking tool. But employees have to declare to the tax authority how many
company-earned loyalty points they spend, not how many they earn, and TMCs don’t
hold that information.

Banning points is no solution ...
One potential way to simplify the problem is to ban employees from earning bonus
ponts. However, loyalty programmes are very important to frequent travellers for
reasons other than points, for example wait-list prioritisation, lounge access, additional
baggage allowances and occasional upgrades.

... and neither is profile management
Another option could be removing loyalty programme details from travellers’ TMC and
booking profiles so points can’t be credited at time of booking. But this won’t work
either: travellers could simply claim their points at check-in instead. This tactic could
also tempt travellers to book their business trips through consumer online channels
instead, which would compromise compliance with the managed programme.

Airlines aren’t helping either
One obvious solution would be for airlines and other travel suppliers to give business
travellers two separate memberships: one for points on trips paid by their company, and
one for their private use. However, airlines don’t allow this because it dilutes the
attractiveness and influence of their programmes. It would be hard to introduce
legislation to force them to offer dual memberships unless the rules were applied across
the European Union.

We don’t like loyalty programmes. One reason suppliers operate them is to persuade
business travellers to spend more heavily with the supplier instead of following the
company travel policy. Therefore, any new rules which reduce the power of loyalty
programmes is, in theory, welcome.

The problem is turning that theory into practice. At the moment we don’t think the
new reporting requirement from the Norwegian government is workable for the many
reasons we have explained above.

One solution could be for employers to allow employees to continue their loyalty
programme memberships, but to allow points to be redeemed only for business trips.
Employees would be reimbursed for any privately earned points used for business
purposes. But this returns to the fundamental problem of being unable to distinguish
between points earned privately and points earned on company business. What
makes the situation even more difficult is that suppliers aren’t letting employers
manage or even see their employees’ loyalty programme statements.

We believe the drive to make individuals report taxable points spend can only work
properly with additional legislation requiring suppliers to offer separate private and
business loyalty programme memberships, or at the very least allowing employers
visibility of the programmes. If this were to happen, we could support the Norwegian
government’s initiative much more enthusiastically.