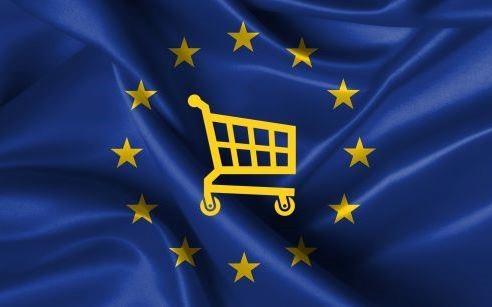 The shock of the UK Brexit vote make this an ideal moment to ask what corporate travel has gained from the European Union and what more is needed to harmonise EU-wide travel programmes.

How will the exit of the United Kingdom from the European Union affect business travel? The answer is simple: no one knows, because no one, including those who campaigned for a Leave vote in the UK’s referendum on 23 June, planned how that severance will work in practice.

“Membership of the EU means acceptance of freedom of trade movement of capital, goods and service provision, all of which affect how much we travel for business,” says Søren Schødt, managing director of TravelpoolEurope. “But it also means acceptance of freedom of movement of people, which directly affects how we travel. The UK wants to keep the first three of these freedoms but limit the fourth in its post-Brexit settlement, whereas the EU says this is not possible. Until this fundamental problem is resolved, it is impossible to know how much will change once the UK leaves.”

Below we summarise some of the travel-related consequences of Brexit to date. But the momentous Leave vote by the UK is a good opportunity to reflect on the current realities of pan-European travel. “We listed all the work the EU has done to make business travel easier,” says Schødt. “It is quite a long list and in different ways it has greatly reduced bureaucracy for European companies and cut their travel costs. However, there are still some ways in which travel has to be managed country by country – usually because national market rules, especially on financial issues, take precedence, or because another multinational organisation (the International Air Transport Association) is the rule-maker.”

How the EU has helped business travel
Freedom of movement – EU citizens can travel throughout the EU visa-free and with no restrictions on the length of their trips. Twenty-two members of the EU plus Norway, Iceland, Switzerland and Liechtenstein are signatories of the Schengen agreement, which means they do not normally impose passport controls at their mutal borders. Even non-signatories of Schengen have special fast-track lines at passport control for other EU passport holders.

Single currency – Nineteen EU member states share a single currency: the euro. It allows travellers to avoid the considerable expense and administrative burden of changing money or incurring exchange fees on card purchases whenever they spend money on foreign trips.

Healthcare – Citizens of the EEA (European Economic Area: the EU plus Iceland, Norway and Liechtenstein) and Switzerland – all of which are committed to the four freedoms – are eligible for a European Health Insurance Card. The card entitles them to free or reduced-cost medical treatment in all other participating countries if treatment becomes necessary during their visit.

VAT recovery – Most value-added tax on payments made within other countries can be recovered through claims via local tax offices.

Flight compensation – EU Regulation 261/2004 allows passengers flying to, from or within any member state to claim up to €600 in compensation for flights that are cancelled or delayed by a minimum of two hours, or for involuntary denied boarding (being “bumped”).

Airline deregulation – Deregulation of the European airline market in 1997 means any EEA carrier can  fly between any two airports in the EEA. The legislation led directly to the expansion of low-cost carriers which have forced down fares in Europe.

Open Skies – An Open Skies agreement allowing unlimited air services between the EU and US took effect in 2008. Transatlantic services have increased as a result, especially between the UK and the US.

Mobile roaming – EU legislation has slashed the cost of sending and receiving calls and texts while visiting other EU countries. From 15 June 2017, roaming charges will be abolished completely.

Data protection – EU data protection regulations place significant restraints on access to personal data (including traveller data) not only within the EU but also in countries such as the US, where many major travel service providers are based.

Why the EU still isn’t a single market for travel
Not everything in the EU has been harmonised. Companies which buy and book travel find they still have to operate different procedures or follow different rules in different countries. Examples include:

Local market air fares – Travel agents cannot normally access fares for markets other than the country in which they operate. Although there are no technical barriers to accessing local market fares, IATA rules mean that, for example, a travel agent needs an IATA location number for Germany to book fares only released into the German market.

Rail – Rail is the most dysfunctional category of pan-European travel. It remains extremely difficult to book a ticket for travel within one EU country from another EU country, mainly because of incompatible distribution and ticketing systems. Interlining between different rail operators is also very difficult, making through-ticketing hard to achieve.

Card agreements – Corporate clients cannot sign a pan-European contract with payment providers. Different financial rules in each country mean the client has to sign a collection of national market agreements instead.

VAT rules – Each EU country has different rules on how much VAT is applied to different categories of product and service purchase, and how much (if any) of it can be recovered.

What Brexit means for business travel

Immediate effects
Currency changes – Sterling dropped to its lowest level against the US dollar since 1985 following the Brexit vote and, at time of writing, has not recovered. It has fallen more than 15 per cent against most currencies. As a result, costs incurred by overseas business travellers visiting the UK are generally lower. However, the weakness of the pound means more domestic and foreign leisure travellers are staying in UK hotels, so rising occupancy should push up average rates. For UK-based companies, costs incurred while travelling abroad soared overnight.

Reduced supply – Delta, Ryanair and British Airways/Iberia owner IAG are among airlines which have warend they will cut flights to the UK because they expect the economy, and therefore demand for air travel, to weaken.

Longer-term effects
Most forecasters believe that ending the four freedoms by exiting the EU would damage the UK economy. But even if there is only a “soft” exit in which the UK nominally leaves but retains the four freedoms, uncertainty preceding the final outcome is predicted to hurt the entire EU economy and its travel. Hilton Hotels has said it expects Brexit to “increase uncertainty and potentially hurt demand across the broader region.”

The TravelpoolEurope perspective: We have gained so much: let’s not lose it
On balance, it is clear the EU has achieved considerable advantages for multinational business travel, and it is very important these benefits do not unravel over the next few years. The departure of the UK – if it happens in a meaningful way – will hurt all of the EU in general, and the UK in particular, but how, and how much, we travel will be hit far harder if there is a domino effect and more countries vote to leave.